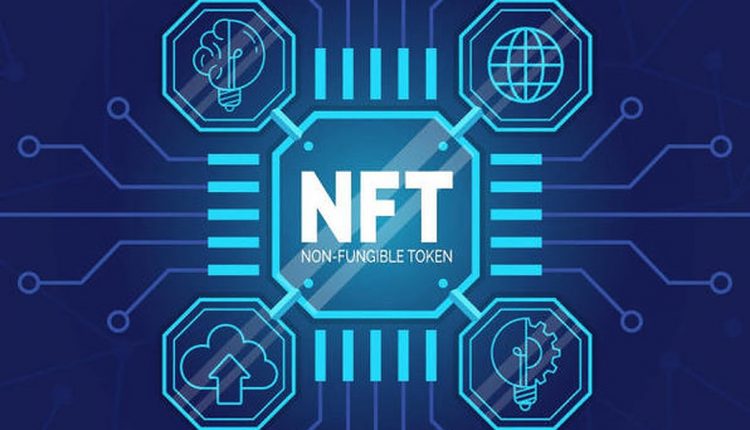 The gaming industry is undergoing a huge transformation.

Traditional gaming has been overtaken by vast possibilities that were never discussed or envisaged before.

NFT and Blockchain development company promise a different gaming zone that is more immersive and also allows you to earn.

In the finest NFT games, rare cards and other in-game items have multiple marketplaces. It has the power to grow as well. All of these elements contribute to the game’s excitement.

Due to its unique characteristics that allow you to gather and play NFTs in virtual worlds, Blockchain games are becoming increasingly popular.

NFTs are not only meant for the financial sector but also for capturing the gaming market. With a massive CAGR of 35%, the NFT gaming market is about to reach the US $ 13.6 Billion by 2027. While in 2022, this market segment was the only US $3 billion giant.

Furthermore, the Blockchain gaming market is geared up to touch the US $ 93.7 Billion by 2025. It rises from a zero-esteem market to a market worth the US $ 3 billion by 2021, which is a phenomenal increase.

Role of NFT and Blockchain

Blockchain technology is used to distribute in-game assets. Surprisingly, the value of these assets isn’t limited to games. NFTs are used to support in-game asset purchases in a number of Blockchain-based games. In the real world, though, a player can exchange assets for cryptocurrency.

These digital assets represent in-game content, often known as non-fungible tokens or NFTs. Furthermore, tokens are one-of-a-kind, unique, and unbreakable. Similarly, Blockchain networks that allow NFTs contribute to the creation of a player’s unique identity. Some of the features of NFT games are immutability, ownership, interoperability, and proven scarcity. It is collaborating to develop a fair value model that gamers worldwide will support and adopt.

In every industry, there is always a plentiful supply of products.

Gods Unchained is a video game that uses blockchain technology. This game is free to play, with players obtaining various rewards for performing successfully. A good strategic player is more likely to win. To overcome your opponent, you must design combat techniques.

As a prize, the player can earn collectibles and trading cards, as well as a lot of excitement. The Ethereum network provides functionality for the game. This is one of the most popular NFT games among players, including play-to-earn choices.

Gamers are completely blown away by the game, whether it’s the graphics or the in-game content. ‘Gods Unchained’ is also used in the game to create NFTs and other digital items.

Splinterlands is yet another blockchain-based free-to-play game. It is initially free, but players must have the premium version to get bonuses. Players are allocated opponents based on their online in-game ranking. They are awarded with card games if they win.

Splinterlands features an extra feature that allows users to rent or trade cards with other market space participants. It can also be combined with other cards and exchanged for cryptocurrencies.

Splinterlands, like Gods Unchained, also allows players to earn and play. The key difference is that each player must buy a card before playing. These cards have diverse properties as as cost, level, ability, and rarity. With the help of these cards, players can even recover their health and handle other areas of the game.

Axie Infinity is a fantastic NFT game highly influenced by the Pokemon game type. However, collaborating Blockchain has some wonderful add-on capabilities that the Pokemon Game currently lacks. It is an Ethereum-based Blockchain-based game, akin to Splinterlands and Gods Unchained.

The game requires players to collect and breed digital creatures. These digital beings, known as Axies, have specific characteristics. Users can exchange these Axies with other players or sell them on the NFT marketplace after acquiring them. The vast majority of rare and one-of-a-kind collectable pets are incredibly valuable.

Decentraland is an online NFT game operated by the community. It is also built on the Ethereum platform, allowing you to play, explore, and interact with virtual world games and activities.

Decentraland is a game that combines NFT and metaverse elements. In this virtual environment, you can buy and sell land parcels. You can even design your own home, simulating a real-life experience.

Unlike many other games, Decentraland is a web-based game that requires Chrome or Firefox on a PC or Mac. It is also a work-to-earn premise, so there will be several chances to earn money.

Finally, you can invest in and sell these virtual lands as you see fit. They have monetary value in the third-party market. OpenSea is one such example.

The Sandbox is an open-world video game that can be played on a variety of platforms such as PC, Mac, and mobile devices. As a result, consumers may play from anywhere without having to worry about device compatibility. Sandbox is a game similar to Microsoft’s popular game Minecraft, but with additional features. In contrast to Minecraft, it is a community-supported NFT development company.

In the game, players can create and animate their own online objects. Sandbox, like all other NFT games, lets you sell NFT cards on an online marketplace. Players can trade their in-game inventions in addition to trinkets and ‘sand tokens.’

In conclusion, there are a lot of games, but just a few of the top NFT games. These NFT games support Blockchain and making the NFT and Blockchain combination one of the most promising in the gaming business. However, we have selected some of the top NFT games popular among gamers from a vast ocean. You can choose a suitable solution based on your preferences.

iPhone 13 camera Everything you need to know