Imran Khan: A Prime Minister Whose Political Career Overshadowed by his Cricketing Career 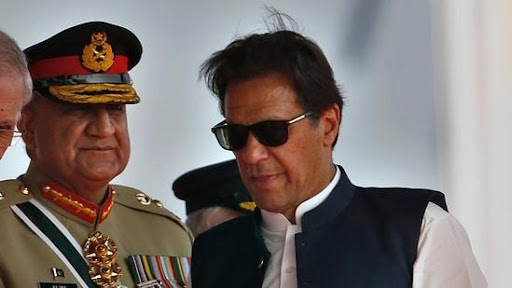 Imran Khan is Pakistan’s legendary cricketer who turned into a full-time Politician post his retirement. He was a successful cricketer who made his frail cricket team the world cup winner.

Being a successful and one of the most loved Pakistani cricketers who showed his charisma many times on the cricket field failed to perform the same in his political career. He was deployed by his opposition in its first Prime Minister term.

Imran Khan lost in the 342-member National Assembly. Then the deputy speaker blocked a no-confidence motion against him. After that, parliament dissolved with the announcement of a fresh election on April 3.

Moreover, a Supreme court session of a five-member bench headed by Chief Justice Umar Ata struck down the deputy speaker’s ruling in its landmark 5-0 verdict on April 7 and ordered the speaker to hold the no-confidence vote on April 9.

Imran Khan failed in his career’s most crucial political test and vacated the prime minister post. He became the first Prime Minister of Pakistan, whose fate was decided in such a way.

In 2018 he was elected as Prime Minister with the promise to create a new and better Pakistan. But, he failed and couldn’t even resolve the price stability problem of necessary commodities.

Pakistan is a country where you required Army support to remain in power, but he also lost the same last year due to his negligence towards the appointment of the ISI spy agency chief.

Imran Khan agreed after taking some time, but it resulted in issues between the Army and him.

Not-so-good relationship with the Army and his bad treatment of opposition parties united them, which became the primary reason for his government’s demolition.

In Pakistan, only two parties, i.e. Pakistan People’s Party (PPP) and Pakistan Muslim League-Nawaz (PML-N), have played the opposition and leadership role since the Independence.

To bring the revolution of justice, Imran Khan launched Tehreek-e-Insaf on May 25 1996, in Lahore but couldn’t face the dominance of old parties, and they were repeatedly coming back in power.

In frustration, he even said that “In Pakistan, Politics is genetic” for the leaders of two major parties.

First time in 2002, he became a member of parliament, then in 2013 again elected to the national assembly.

However, he lost the 2013 election and the next year, in May 2014, Imran Khan made accusations against Nawaz Sharif that he rigged election polls and election results were a fraud.

Khan and his supporters, Demanded the resignation of Nawaz Sharif and further investigation of him.

In 2018, the General election was conducted, and this time Imran Khan received the victory by gaining public trust.

He made several promises to resolve the problems like improved healthcare, better education, and corruption-free states and eventually turned Pakistan into an Islamic welfare country.

In reality, like many other Politicians, he couldn’t fulfil his promises and lost others’ trust.

And because of several reasons, he lost to the opposition and couldn’t complete his first tenure as Pakistan Prime Minister.

Imran Khan is a great cricketer who made his country proud by winning the world cup but couldn’t perform the same for the country as a Prime Minister.

In the comment section, let us know what you think about his political career?

Effective Lead Generation Strategies to Uplift Your Sales in 2022